It really has been a whirlwind year for winning awards… first was our win at the Irish Print Awards in the Commercial Vehicle Wraps category, then we were crowned All Ireland Champions at the All Ireland Vehicle Wrap Championships, then we took home the Bronze on the world stage in Munich at the FESPA World Wrap Masters Final. Well done to our own Rob Davidson, that was a fantastic achievement because his competitors, like Rob,  were truly world class at their craft, having completed thousands of vehicle wraps between them.

The FESPA event was also host to the European Sign Trade Expo, which was a massive affair, with all of the latest technology, components and ideas on display. Even though we were there for four days, it was barely enough time to take it all in! So watch out for some great new innovations coming soon at Spectrum Signs!

Here are some shots showing the winners cracking the Champers, and also some fantastic vehicle wraps at the show, including a camouflaged Porsche and a leather Mini! 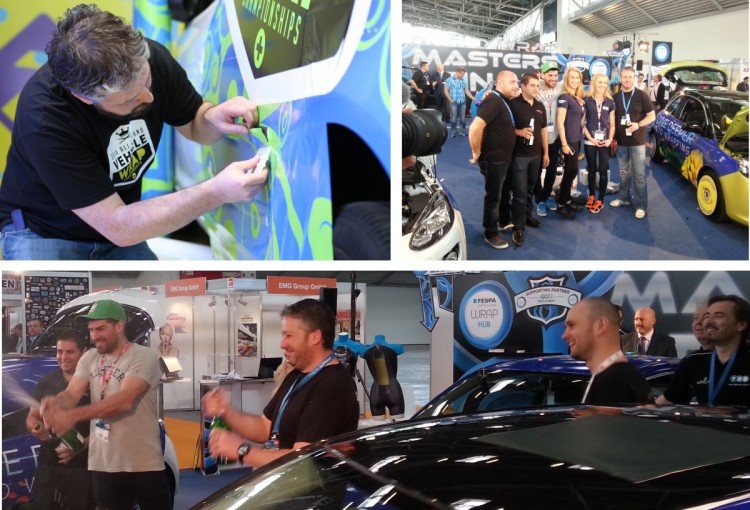