2014 has been a fantastic year for Spectrum Signs so far. It started with our win at the Irish Print Awards in the Commercial Vehicle Wrapping category, followed in April with our victory at the All Ireland Vehicle Wrap Championships, a title brought home in style by our own Rob Davidson!

While both contests were for Commercial Vehicle Wraps,both were judged on different criteria. Our Irish Print Awards win was judged on existing work, with design, clarity, technique and quality all taken into consideration by a panel of  judges. In the All Ireland Vehicle Wrap Championships, our competitors were some of the best in the business from all over the country. It was  an intense day of heats, quarter, semi finals and final, under the scrutiny of a panel of international judges and a large audience. There were four finalists, and we were announced the winner in true X Factor, nail biting style!

We’re off to Munich in May to compete in the FESPA Digital  Wrap Masters to compete for the title of World Champion! 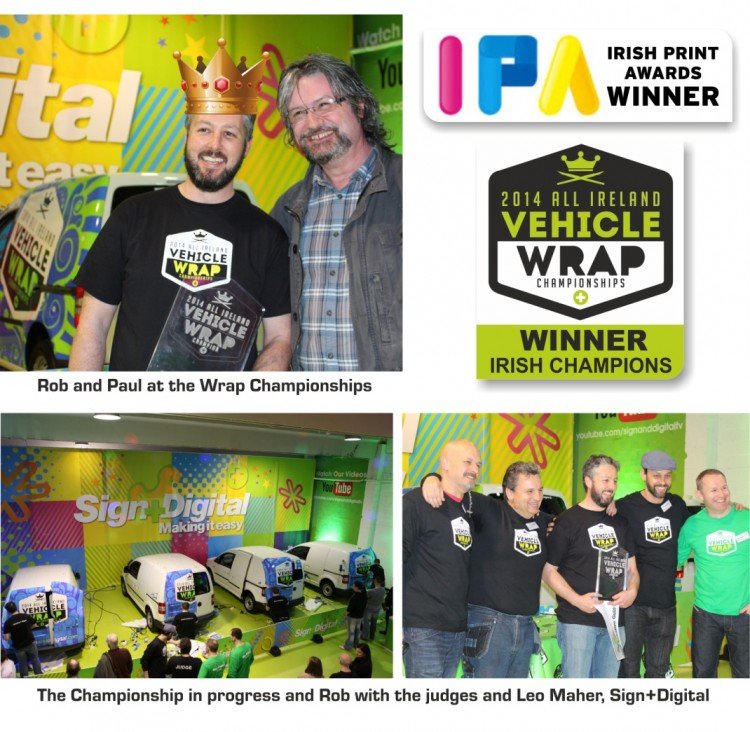