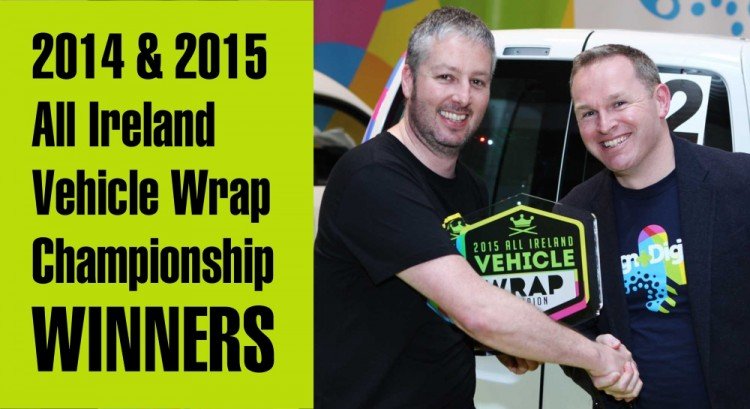 This is the second year of the vehicle wrapping championship, hosted by Sign + Digital in Dublin

2014 was the first year that the vehicle wrapping championships were hosted in Ireland, and Robert was keen to represent Spectrum Signs. Although the competition was fierce, he came out on top and took the title home. Then he decided to defend his title…

I have to admit that I was apprehensive about Rob going forward this year, because the wrap championships had really gathered momentum since last year, attracting many more participants from some of the best known names in the vehicle graphics business from all over the country. However, I’m glad to say that his enthusiasm could not be dampened, and off he went. The competition was held in conjunction of Sign + Digital’s Sign Summit trade show, meaning that all competitors were under the glare of a lot of expert spectators throughout the day’s heats.  And now, with both the 2014 and 2015 championship titles under our belt, our other vehicle wrappers are hoping to have a crack at the title in 2016. How will they do? Well, they all learned their skills from Robert!

Rob will again this year, be representing Spectrum Signs in Cologne, Germany, having another crack at the world title in the World Wrap Masters Final at the FESPA Sign Expo. This year he will be accompanied by Rosie, our business manager and buyer, and Amanda, our bookkeeper, who will not only be supporting Rob, but also they will be sussing out all the latest innovations and equipment in the digital printing world, to see what our next investment will be. Best of luck Rob!

Check out this blog to see the great benefits of good vehicle branding. Thanks for looking!

Some pics from the 2015 All Ireland Vehicle Wrap Championships 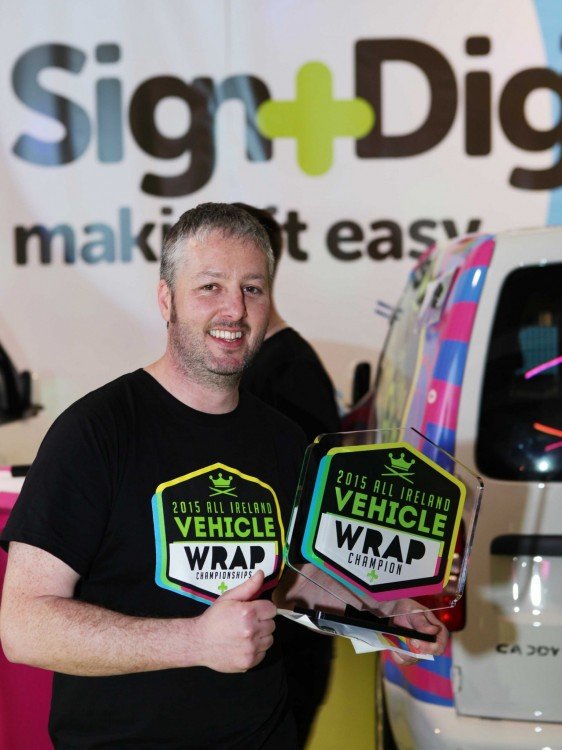 Spectrum Signs’ Robert with his trophy 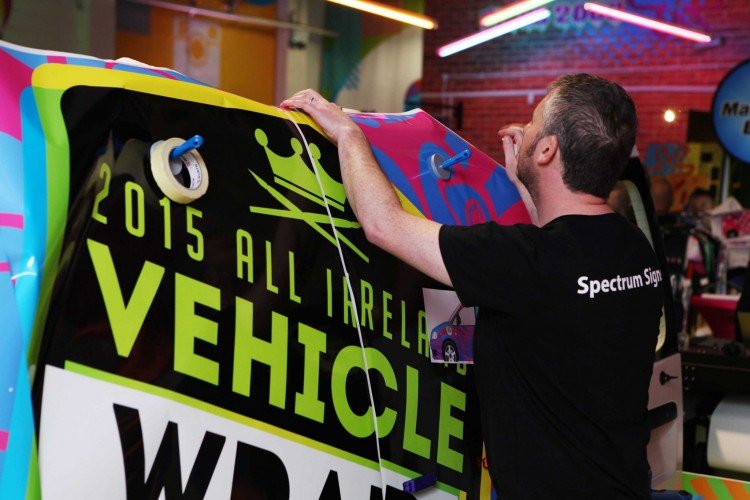 Robert in action During the Vehicle wrapping Championship 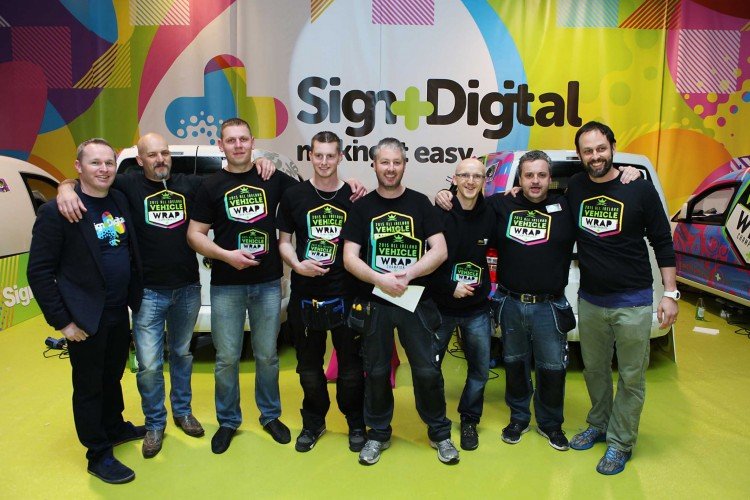 The winner with the runners-up and the judges